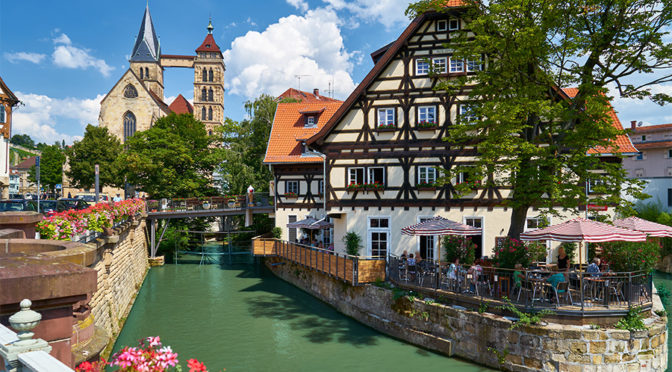 What to see in Stuttgart. The capital of Baden-Württemberg in southwestern Germany, regarded as a city full of well-dressed and extremely competitive businessmen, is actually a very pleasant town to visit. Here are the best things to do and see in Stuttgart.

Located in the Neckar valley framed by vineyards, Stuttgart is the state capital of Baden-Württemberg . For hundreds of years until the 19th century the city was the seat of the Counts and then the Kings of Württemberg, who left a remarkable legacy of royal palaces which later became government buildings and museums.

Stuttgart is also the city of the automobile : the first car and the first motorcycle were invented here by Karl Benz and Gottlieb Daimler respectively. The headquarters of Mercedes-Benz and Porsche are based in Stuttgart and the stylish new museums for both brands are not to be missed. These are a couple of examples of modern architecture in Stuttgart, along with the Art Nouveau market hall, a Le Corbusier house and a new state-of-the-art library. But Stuttgart is also appreciated for its local wines, which rival those of France, and for its sparkling nightlife .

SEE ALSO: Connections between the airport and the center of Stuttgart .

explore the best things to do in Stuttgart :

What to see in Stuttgart: Mercedes Benz Museum

The Mercedes Benz Museum is a veritable place of pilgrimage for car enthusiasts, and it's no wonder. Each floor of the building, which is itself a remarkable example of engineering, pays homage to one of the most beautiful and influential automobiles ever built. The museum highlights not only the evolution and mechanics of the models, but also how this brand and its founder, Mercedes-Daimler-Benz, played a decisive role in shaping modern German history. The cars are arranged in exciting formations and even those who don't like cars can't help but be fascinated by the exhibits.

What to see in Stuttgart: the Wilhelma Zoo and the Botanical Gardens of Stuttgart

A feeling of complete relaxation and entertainment can be achieved in the Wilhelma Zoo and Botanical Gardens . In the Botanic Gardens, you'll find an expanse of beautiful gardens and intricate glasshouses, encased in striking 19th-century architecture to explore and admire before visiting the many animals housed in Stuttgart Zoo.

The Wilhelma was initially planned as an amusement park during the reign of William I, who chose a Moorish Revival theme for the royal bathhouse, which is a miniature version of Granada's Alhambra. The park opened to the public in 1880 and was rebuilt as a zoo following war damage. Inside the zoo there are more than 1000 species which makes this zoo the second in Germany, surpassed only by the Berlin zoo.

What to see in Stuttgart: The Library of the city of Stuttgart

The Stuttgart City Library is so far removed from the various library clichés with its wonderful minimalistic approach to decoration and books by all different authors and printers from around the world on all conceivable subjects. This library wants to be visited; there are even lockers in the basements so visitors and tourists can just relax and enjoy reading. The café snacks are wonderful and on sunny days visitors can have the joy of reading on the open roof terrace, with stunning views and a wonderful atmosphere.

What to see in Stuttgart: The Sepulchral Chapel – Württemberg Mausoleum

Württemberg Mausoleum : a beautiful and sober building in Stuttgart with a tragic history. The delightful Chapel is the resting place of a former King and Queen of Württemberg and their young daughter. Legend has it that the young queen died of a broken heart when she discovered that her beloved husband was engaged in an extramarital affair. The king, tormented by remorse, built this chapel to house her tomb in a beautiful natural place. Today this chapel is surrounded by vineyards and extraordinary landscapes. Visitors can still see where couples rest while also taking in the gorgeous views.

What to see in Stuttgart: Schloss Solitude

Stuttgart Palace, also known as The Schloss of Solitude , is a glorious place to visit on the outskirts of Stuttgart, with fascinating tours inside the building being organized on a regular basis. Originally built by a former Duke of Württemberg as a private hunting lodge, there are all kinds of prizes and paraphernalia to view once you enter. The surrounding gardens and woodland are a real pleasure to explore and wander around. Here you can also hike along the trails and enjoy the beautiful view of the city from afar.

What to see in Stuttgart: Johanneskirche

The splendid Gothic Johanneskirche , reflected in the surrounding Feursee lake, dates from the 19th century. It was lovingly rebuilt after being hit by bombs in WWII. The Johanneskirche Tower was deliberately left unfinished as a sort of war memorial. The details inside have been expertly restored and the stained glass windows are a true marvel.

What to see in Stuttgart: Schlossplatz

In the heart of Stuttgart, this square exudes power and gravitas. Much of that comes from the facade of the Neues Schloss, the classical seat of the kings of Württemberg and the headquarters for the government ministries of Baden-Württemberg.

The space in front was once a private pleasure garden and parade ground, while today it is a place where the inhabitants of Stuttgart can gather for parties or open-air concerts.

A few steps back is a formal garden graced by fountains and a monumental column in honor of William I. On the south side is the Old Gothic Palace for the Counts of Württemberg, now used as a state museum , and to the north is the must-see dome of the Kunstgebäude , built for the Württemberg Art Association in the 1910s.

What to see in Stuttgart: Killesbergpark

Created for a horticultural exhibition in 1939, the Killesbergpark is a huge 50-hectare park , with gardens, fountains and sculptures located in the northern district of Stuttgart. Eighty years on the park continues to host gardening events, and its 'Valley of the Roses' Tal der Rosen is a marvel in the summer, as are the 200 varieties of dahlias.

There is an array of public artwork which gives a whimsical and sophisticated feel to the park. The most captivating attraction is the Killesbergturm , a 40-meter-high tower of twisted cables designed by structural engineer Jörg Schlaich.

The award-winning cone-shaped structure opened in 2000. Two sets of double-helix staircases lead up to four platforms at 8, 16, 24 and 31 meters high. Once you reach the top, you will be fascinated by the wonderful view over the city and the Neckar valley. The tower is safe even if, when the wind blows, it sways dramatically.

What to see in Stuttgart: Stiftskirche

Stiftskirche collegiate church with its different towers was built in the 12th century on the site of an earlier religious building. Here you can find magnificent examples of 16th century Renaissance art, commissioned by the Count of Württemberg, and some 17th century crypts.

What to see in Stuttgart: Birkenkopf, the hill of rubble

Stuttgart's highest hill is partly man-made. Birkenkopf is a mountain literally made up of rubble vacated from the ruins of the city following Allied bombing in WWII. 500 meters high, this hill represents an opportunity to reflect on war, a memorial to the dead and a warning to the living. At the top you can admire a splendid panorama that extends to the Black Forest.

What to see in Stuttgart: Porsche Museum

In Zuffenhausen, not far from Stuttgart, there is the headquarters of another internationally renowned car brand. The Porsche Museum has been around since the 1970s but was recently renovated ten years ago and reopened in 2009. The museum unveils the early years of the brand and chronicles the many innovations of the engineer and founder, Professor Ferdinand Porsche, the man who invented the VW Beetle and the first petrol-electric hybrid. There are multi-sensory interactive displays, like a new sound installation you can control and a "touch wall." Timeless classics such as the 356, 911 and 917 are just some of the 80 vehicles on display in the museum.

Address: Porscheplatz 1, Stuttgart, Germany.
Open from Tuesday to Sunday from 9.00 to 18.00.
Prices: full price 8 euros, reduced price 4 euros (for children up to and including 14 years of age). After 17.00 the ticket costs half.

What to see in Stuttgart: Standseilbahn Stuttgart

At Heslach, southwest of Stuttgart, there's an elegant funicular that climbs up the slope from the Südheimer Platz U-Bahn station to the Stuttgart Degerloch cemetery. The railway line is part of the public transport network and is protected as a historical heritage. The wagons are made of dark teak wood.

When completed in 1929, the Standseilbahn was the first semi-automatic funicular railway in Europe . The two beautiful wagons are original, although one of them has been repaired after being hit by a tree in 1999. The ride to the top takes four minutes and leads to a cemetery nestled in the forest. The upper station can be a good starting point for a walk in the woods.

Map of things to see in Stuttgart 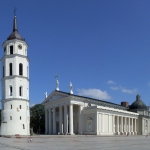 Vilnius: what to see and visit 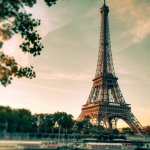 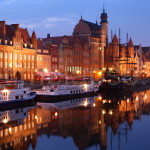 What to see in Gdansk – what to visit in Gdansk