﻿ Oktoberfest: Guide to the pavilions, opening hours and how to get there | Nightlife City Guides 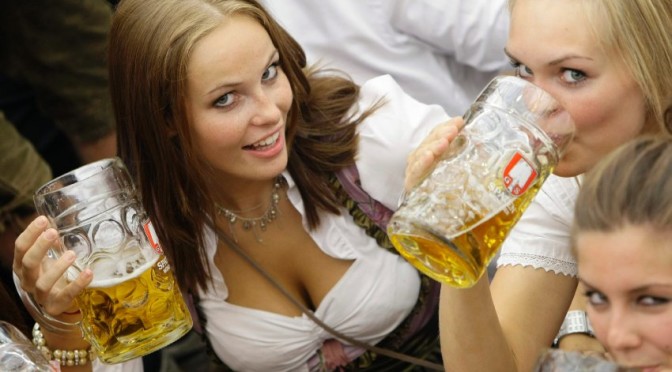 Oktoberfest means people from all over the world, music, desire to drink and have fun together, all seasoned with the typical Bavarian joy, and with a fundamental ingredient: beer! Oktoberfest is an event to attend at least once in a lifetime.

Oktoberfest: Guide to the pavilions, opening times and how to get there

Oktoberfest , with about 7 million visitors each year, is one of the most popular festivals in the world, thanks to the folklore atmosphere, its music, good Bavarian cuisine, girls dressed in traditional costumes, and especially to its beer . For many, this event represents an opportunity to indulge in transgression and excesses, drinking and celebrating in company.

When does Oktoberfest start?

A Maß (1 Litre) of beer at the Oktoberfest costs from 10 to 10.40 euros depending on the brewery. Prices of food at the Oktoberfest : Wurstel, chicken and pork knuckles have prices that vary between 7 and 16 euros respectively, with various side dishes. For an average Oktoberfest lunch, plan to spend around 13-15 Euros, beer not included.

Oktoberfest (German " October Festival" ) is a traditional folk event that takes place every year in Munich during the two weeks leading up to the first Sunday in October.

The first edition of the Oktoberfest took place in 1810 to celebrate the wedding between the prince of Bavaria, Ludwig I , and Teresa of Saxony-Hildburghausen , and this goliardic event has been celebrated for 200 years until today.

Oktoberfest takes place at the Theresiewiese , which is, in essence, a large green area of ​​about 104 hectares, located just a 20-minute walk from Marienplatz in central Munich .

Enlarge the Oktoberfest map to see the location of the sheds with their respective breweries, the Luna Park, and the closest subway stations.

Only the six traditional breweries of Munich can serve beer in the Oktoberfest , as they are the only ones to meet the requirements of the Beer Purity Edict , promulgated way back in 1485. The 6 breweries are: Paulaner , Spaten , Hofbräu , Hacker-Pschorr , Augustiner and Löwenbräu . The proposed beer is not the usual one, but is produced exclusively for the Oktoberfest .

The protagonist of the Oktoberfest is the Maß , the liter beer mug: it is not possible to order a medium or small beer but only the Maß . To order in German you have to say “Eine Maß bitte” (“ one mass please” ) to the pretty ladies who wait tables dressed in traditional costumes.

Beer at Oktoberfest costs 9 to 10 euros . A tip: if you want change, ask the waitress explicitly, otherwise it will be understood as a tip.

Oktoberfest of 14 large halls and 21 smaller marquees, seating around 100,000 . Each shed is different from the others, and in each of them different types of beer and culinary specialties are served. Warning: to enter the warehouses you always have to stand in long lines and, given the huge turnout from the early hours of the morning, we therefore advise you to arrive early to be sure of finding a seat right away!

In addition to the sheds, there are also gardens outside the sheds, called Biergartens , where it is easier to find a place (hoping it doesn't rain).

The busiest days are the weekend or during the evening, when the locals head to the Oktoberfest tents after working hours: the number of visitors far exceeds the available seats, so it's easy to enter. Furthermore, the rules of the tents provide that only those who are seated can drink , to avoid excessive confusion.

To avoid the queues, it is possible to book a table inside the Oktoberfest sheds : however, the number of seats that can be booked is limited.

If you want to avoid the long Oktoberfest , you can spend your evening wandering through the historic beer halls of central Munich .

The Oktoberfest is punctuated by traditional ceremonies that have been repeated for centuries. In the Oktoberfest opening ceremony Schottenhamel brewery pavilion and is called “O'Zapft is” (“It is tapped”), the mayor of Munich officially opens the party, uncorking the first barrel with a hammer blow. Beer can only be served from now on.

Other ceremonies include:
– The Oktoberfest Brewery Owners Parade (la Wiesn-Einzug der Festwirte und Brauereien ), during which the owners' floats are paraded, like at carnival.
– The parade of traditional costumes and riflemen ( Trachten und Schützenzug ): it takes place during the second day and lasts 2 hours, and crosses the entire center of Munich, led by the Münchner Kindl , the symbol of the city.
This ceremony was born as a celebration on the occasion of the silver wedding between Teresa and Ludwig. – Other appointments are held at the Hippodrom , such as that of the old carousel table.

Opening hours of the Oktoberfest stalls

In addition to the marquees and the beer, there are other attractions inside the Oktoberfest that are not to be missed.

The Statue of Bavaria
Standing 18 meters tall and weighing 70 tons, the Statue of Bavaria is a symbol of the region of the same name and its patriotic sentiment, and can be seen from anywhere on the Theresienwiese. Built in bronze, inside there are steps to climb to the top and look down through the eyes of the statue.

The Oktoberfest funfair
Inside the Theresienwiese there is an area used as a funfair and amusement park, with rides and attractions suitable for both families with children and adult visitors, adrenaline lovers.

The flea
circus The flea circus has its roots in the most ancient European traditions. Here you can see the little animals pulling small carts, dancing or playing football.

Hau den Lukas
“Hau den Lukas” is a game where participants have to demonstrate their physical strength by hitting a block with a big hammer. The hit block sets off a small trolley on a vertical track on top of which a bell is placed: using enough power and the right technique you need to be able to make the bell ring, thus proving to be stronger.

Der Vogel Jakob – the little bird Jakob
The little bird Jakob is a traditional Bavarian joke: in fact, some sellers go around the Oktoberfest chirping like birds, thanks to the help of a strange cardboard whistle, hidden in their mouth. You will see that anyone who tries to imitate him will only be able to make ridiculous sounds that are not at all similar to birds!

One aspect that is immediately striking is the fact that throughout the city you meet people dressed in traditional Bavarian dress : the inhabitants of Munich are very proud of their identity and their traditions.

The men's suit consists of a checkered shirt and Lederhosen , typical leather shorts. The girls, on the other hand, wear the Dirndl , that is, a white blouse, dress and apron, which can be combined with many different colors.

On which days is it best to go to Oktoberfest

The moments of maximum turnout correspond to the weekend and in the evening, when the sheds are full of people and it is very difficult to get inside and find a place to sit inside. It is therefore preferable to go to the Oktoberfest during the weekdays, in the morning and in the afternoon.

If you don't want to miss the opening ceremonies, you must come on the first weekend, in order to attend the O'Zapft is , during which the first barrel of beer is officially uncorked, and the traditional parades of the Trachten und Schützenzug and the Wiesn- Einzug der Festwirte und Brauereien .

What to see outside Oktoberfest

If you're tired of drinking inside the Oktoberfest tents , you can always visit pretty Munich ! In fact, the city center is only a 20-minute walk from the Theresienwiese . Here is the Marienplatz , the main square, where it is possible to admire the huge carillon ( “Glockenspiel” ) which has been playing 3 times a day for centuries now. The city is full of architectural, cultural and entertainment highlights, and is pleasant for a day trip.

Staying on the subject of beer, the historic breweries of Munich , where it is possible to find the same atmosphere that reigns in the Oktoberfest .

– About 7 million liters of beer are consumed on average every year.
– Paris Hilton was banned from Oktoberfest.
– Do not go from one tent to another, especially during peak hours, as it may already be full
– It is not possible to enter with a backpack
– Wear closed shoes if you do not want to wash your feet
– Only cash is accepted in the tents
– The Lebkuchenherz is the traditional souvenir: it is a gingerbread biscuit, usually heart-shaped, decorated with writing and decorations.

Discover the 15 curiosities about the Oktoberfest that you probably don't know.

Useful words to survive the Oktoberfest 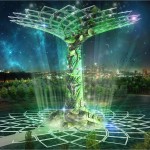 Expo 2015 Milan – Guide to the pavilions, what to see and how to get there

15 curiosities about the Oktoberfest that you probably don't know 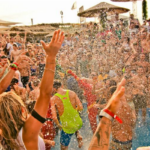 Lloret de Mar: guide to the nightlife capital of the entertainment capital

How to get to Munich: connections between Munich airports Franz Josef Strauss, Memmingen and the center