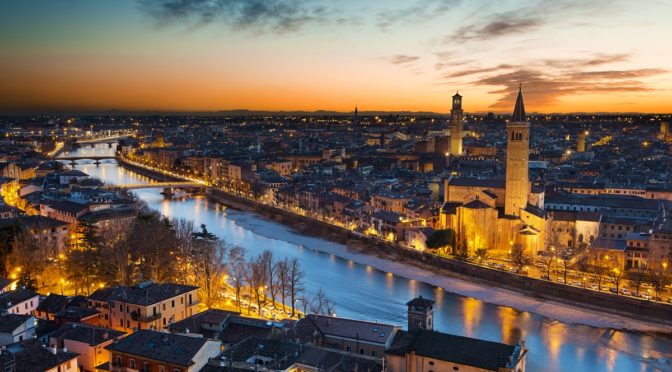 Come and discover Verona, the city of lovers! Here are the best things to do and see in Verona ..

The top 10 things to do and see in Verona

The beautiful city of Verona in northern Italy has been a tourist destination for years, and even a vacation hotspot for Goethe and Mozart. With its temperate climate and splendid architecture, Verona is the ideal place to spend a few days in complete relaxation and admire the beauties of the city. The city center itself is compact and walkable, with almost no need to take public transport. Let's find out what to see in Verona:

Among the top 10 things to do and see in Verona is the Piazza delle Erbe . This beautiful square is right in the heart of the historic center of Verona. Admire the splendid architecture of the square, including the town hall (on the north side), with its imposing Torre dei Lamberti, the richly frescoed walls of the Mazzanti houses, the Palazzo Maffei, completed in the Baroque style (recognizable by its statues depicting the Greek gods ) and the oldest piece in the square: the fountain. It features a statue of the Madonna of Verona, which actually dates back to the era of Roman rule. Piazza delle Erbe also has some restaurants and bars scattered around, where you can drink a spritz , a true tradition here in Verona.

Hidden a few hundred meters from Piazza delle Erbe, Juliet's balcony is the reason most tourists flock to Verona , the city of tragic love stories. Shakespeare really inspired his famous play from a true story of family rivalry, forbidden love and feuding, all of which took place in Verona during the 1300s. The Montecchi and Capulets names were at the time bona fide rival political factions, and you can visit their respective homes. The love story between Romeo and Juliet has long been popular in Verona, and Shakespeare was just one of many playwrights to jump on the bandwagon and express himself. In the Juliet's House museum (which includes Juliet's balcony), there are excerpts from different sources and displays that help tell the story to visitors. You can see the balcony even without entering the museum.

This gigantic piece of Roman architecture is located in the characteristic Piazza della Bra and is truly unmissable, given its grandeur and majesty. From June to September the arena hosts the Arena Opera Festival , featuring famous works such as Orff's Carmina Burana and Rossini's The Barber of Seville, to name but a few. During its heyday (c. AD 130-1100), the arena could seat 30,000 spectators and was one of the largest of its kind in the world. The games presented here were often so spectacular that Verona attracted large and impressive crowds of visitors from all over the Roman Empire.

Older than the Verona Arena, completed in 100 BC, the Roman Theater is now a whole set of ruins, some of which have been partially rebuilt to be functional as a cultural center during the summer. The site comprises the semi circular seating area which is easily accessible and close to the river, and then a larger area of ​​Roman ruins which are set into the hillside behind the theater itself. The view from above is of the famous Peter's Bridge and the beautiful red tiled roofs of the city. Definitely worth a visit, even if there is little or no information about the ruins; you just need to have a sense of imagination and history as you wander its borders!

Situated on what was probably once a Roman fortress just outside the city walls, Castelvecchio is a square-plan fort that was the most powerful military construction in Verona during the Middle Ages. While not particularly decorative (it was designed to be functional, after all), the castle is now home to the Castelvecchio Museum and Gallery. The castle and museum are easily accessible from the city and are perfect for a half-day visit to Verona.

A little further from the city (and a little higher up) is the beautiful Giardino Giusti . Planted by the Giusti family in the 15th century, the gardens, grottoes and fountains have been laid out on and into the hillside, creating a tranquil, intriguing and relaxing place to visit. The gardens have long been a tourist attraction, even visited by the likes of Goethe and Mozart, who have come here to wander and get inspired. Giardino Giusti offers arguably the best view over the city of Verona and is an excellent place to while away an afternoon, have a picnic and listen to the church bells in the early evening. A must-visit stop in Verona after wandering around the historic center.

Back in the city (again in Piazza delle Erbe), the Torre dei Lamberti is one of the few remaining towers in Verona, each of which would have originally displayed the wealth and importance of a particular aristocratic family. This tower was begun in 1171, but was continually built on top of it, giving it a very particular style; the newest part is the marble part on top. These towers would have helped organize city life during the Middle Ages, with one bell (the Marangona) ringing to signal the end of the working day, or to warn citizens of a fire, and the second bell (the Rengo) ringing for conjure councils of war.

This square is easily and often overlooked, but it was once very important to the government of the city of Verona, not to mention a finely structured and beautiful square in its own right. The square features a series of high arches and the Dante monument , as well as all the main buildings of the former city council, such as the law courts and the seat of power of the ruling family of the time, the Scaligeri. Worth a quick look (just a few meters from Piazza delle Erbe), this square is both a place of history and beauty.

For an afternoon stroll, walk up the hill behind Ponte Pietro (take the stairs next to the Roman Theater), towards Castel San Pietro , a mysterious and seemingly abandoned fort, surrounded by beautiful tree-lined avenues that create a picture-perfect landscape.

Shopping in the Historic Centre

Maybe it's the Italian love of all things beautiful and stylish, but the shopping offer in Verona is superb! The historic center (old town) is home to one of the main shopping streets (Via Mazzini), which has everything from H&M to Valentino . There are also many Italian or Central European high street shops, which are largely unavailable in the UK or the USA (such as Calzedonia and Stradivarius ), which sell a huge variety of creatively designed and patterned clothing products . This is the place to splash around, have a coffee and walk around! 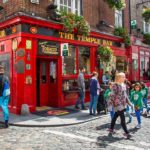 The best 25 things to do and see in Dublin 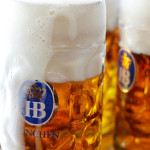 The best breweries in Munich to drink beer 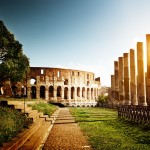