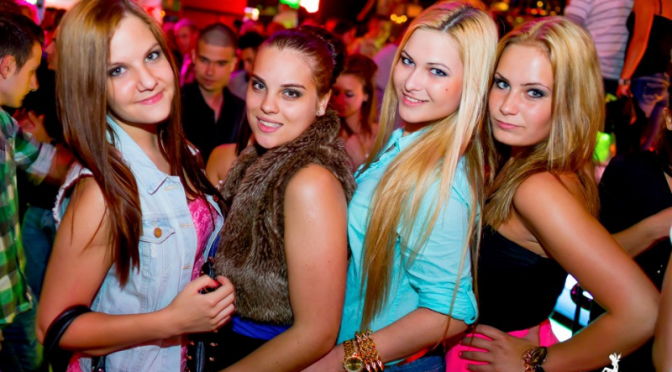 Budapest nightlife - Young and wild. In the Hungarian capital, divided into Buda and Pest by the Danube river that flows through it, the nightlife is very lively and offers numerous possibilities for fun and entertainment for all tastes. From ruined bars to numerous parties in the city's spas and saunas!

Budapest is a capital famous for the variety of its nightlife.
There is fun, from every point of view: the beauties of the city, the evening entertainment (concerts, pubs ..) and the spas. There is something for all tastes: more or less chic clubs, places for young and old, classic discos, open-air bars, wineries, historic clubs, theaters and cinemas.

The Jewish Quarter of Budapest, the seventh district, is also very fashionable, there are many pubs, clubs and cultural circles recently opened in buildings previously abandoned and now restored. Among the most special is the Szimplakert, which also has a cinema.

Furthermore, Hungarian girls are very beautiful, fun-loving, open and intelligent. If you happen to be in the summer, you should know that the island of Obuda, on the Danube, is filled with discos and clubs: it is called the "party island".

Broadly speaking, the Budapest neighborhoods recommended for nightlife are:

Liszt Ferenc Square
It is a square full of trendy bars and clubs where you can have a drink outdoors or even eat.
Raday utca
Another street with outdoor bars, restaurants and excellent wine bars where you can taste typical Hungarian wines or the traditional grappa called “palinka”.
St. Stephen's Basilica
Nightlife is becoming increasingly popular in the area around St. Stephen's Basilica.
Baross utca
It develops from Kalvin Ter square.
Alternative venues. The Jewish
quarter In the Jewish quarter the fashion for so-called ruined pubs .

Also read our guide to the best apartments in Budapest , to find the best place to stay!

To move from one pub to another, I recommend using taxis, which are efficient and cheap (you can reach any place for a maximum of 8 euros).
In order not to run into the usual illegal taxis, I suggest you book a taxi over the phone. You can call the City taxi company, tel: 0036-1-2111111.
The rate is excellent, the service on time and the switchboard speaks English. www.citytaxi.hu

A fun option if you are in a group is to join the so-called party-buses, real walking discos.
Using the party bus it will then be possible to take a tour of all the discos and parties organized on the night of Budapest. Among these we find those offered by the Dokk, with minimal, techno and house themed DJ sets, or those of the various Morrison's nightclubs in the city, which are teeming with university students, funk and commercial music. http://www.partybus.co.hu/en/
http://www.budapestmadness.com/en/activities/partybus/

Discos and clubs in Budapest

That of the ruins pub is a fashion born in Budapest in the early years. These are buildings in ruins and abandoned, transformed into clubs or pubs where you can listen to music, dance and drink beer. These places are devoid of signs and on the outside appear as normal buildings. Ruin pubs are informal places, they are also called romkocsmák (ruined bar), or kertek, if they are set in courtyards.

To find all the most popular Ruin pubs at the moment and the events held in them, you can consult the websites www.romkocsmak.hu or www.ruinpubs.com

Night parties at the Spa

If you come to Budapest do not miss the opportunity to immerse yourself in the night parties organized in the most famous spas of the city. On these occasions, the thermal baths remain open on weekends (especially Saturday evenings) from 10 pm to 3 am to give rise to real night parties. Men and women come together in swimsuits.

A place for every evening:

Whatever day you happen to be in Budapest, here are some tips on the best locations for each day of the week!

Clubs to avoid in Budapest!

Not everything that glitters is gold! Some clubs in Budapest have a bad habit of scamming unfortunate patrons. Usually the script foresees that some beautiful girls placed near the entrance of the club try to convince you to enter by promising you free admission, low prices and lots of fun, except that then they present you with bills several hundred euros per person, without having done anything or for drinking only one beer. If you don't have cash with you, the night club staff will escort you to the nearest ATM and won't leave you until you drop your money. These clubs are mostly located in the area surrounding Vaci Utca, but not only.

Here are some places to avoid (also reported on various online sites):

Absolutely to go to Lake Balaton , especially on the south side during the Heineken festival , where the university babe goes to celebrate (devastating herself) away from her parents, precisely around the second week of July. If you like live music then the Sziget festival , where for 7 days half the world pours on the banks of the Danube. The babe feels very hippy and free to open up to new experiences.

BUDAPEST NIGHTLIFE - MAP OF THE CLUBS AND PUBS OF BUDAPEST 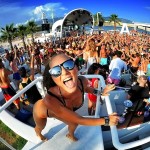 Sun, sea and wild party: The destinations for young summer 2015 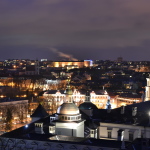 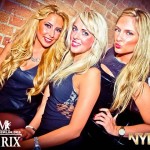