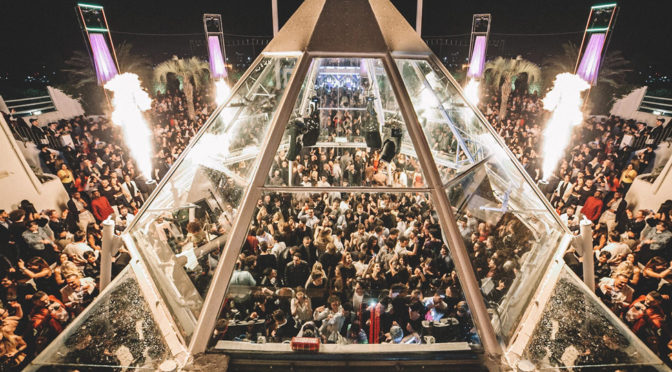 Riccione nightlife: among the best destinations for nightlife on the Romagna Riviera are Riccione and Misano Adriatico, with their numerous super-equipped bathing establishments to ensure maximum fun for young people. But it is at night that the Riviera lights up with discos, beach parties and aperitifs: here's where to go out and dance during your nights in Riccione.

Riccione and Rimini are certainly among the most famous seaside resorts along the Romagna Riviera and represent the ideal destination for the many young people eager to have fun and let loose in the most popular discos on the Adriatic.

Riccione is in fact synonymous with sea and fun but, above all, discos and intense nightlife ! Thousands of young people choose Riccione for their summer holidays and to dance until dawn in some of the most beautiful Italian discos . Exceptional DJ sets, great international guests and spectacular scenography characterize the discos of Riccione and the nearby towns of Misano Adriatico and Gabicce Mare.

In Riccione it is impossible to get bored: from the bars where you can enjoy an excellent aperitif to the most extravagant and provocative discos. Its nightclubs, open from dusk to dawn, offer unique emotions and are the ideal place to meet new people and dance to the rhythm of the music of international DJs, such as Tiesto, Coccoluto, Van Buuren, Van Dyk, Carl Cox and many others .

Riccione's nightlife is concentrated along viale Ceccarini , a very elegant street, full of shops, boutiques, hotels and restaurants, and in the Marano , which includes the stretch of beach at the end of the road leading to Rimini (Viale D 'Annunzio), where there are dozens of bars and discos, next to each other.

Alongside the classic discos, night parties on the beach have become increasingly popular in recent years . Also in the Marano area, beach parties in Riccione represent a cheap alternative to disco nights , as they always have free admission and attract a lot of young people. The bathing establishments become real beach clubs and organize parties, aperitifs and evenings with house music and Latin rhythms where you can dance directly on the beach without spending any money!

Don't miss out on the fun and crowded party nights at Aquafan in Riccione , a large water park which hosts the summer studios of Radio Deejay and which organizes the biggest foam parties in the world.

Clubs and discos in Riccione

(Via Chieti, 44, Riccione) Open since 1989, the Cocoricò is not only the symbol of Riccione's nightlife but it is also one of the most famous Italian discos, even internationally renowned. The club is easily recognizable thanks to its large glass pyramid that towers above it and creates fantastic light effects.

The best international djs of techno and electronic music have been following one another at Cocoricò for years and here historic evenings of the caliber of Le Folies de Pigalle and Diabolika were born. In addition to the pyramid, Cocoricò has three other rooms, Titilla , Morphine and Strix , with house, techhouse and electronic music.

(Viale Sardegna, 30, Riccione) Open every day from 10.30pm to 5am.
Il Pascià is another historic disco in Riccione which is spread over four floors, characterized by refined environments. Downstairs is the bar that prepares excellent cocktails, while upstairs you will find two rooms with a central dance floor furnished with a large glass chandelier and where you can dance to the rhythm of House music. In the other room, however, there are numerous sofas for a more relaxing space.

Finally, on the second floor there is a restaurant that offers excellent dishes prepared by the best chefs in the area while, during the summer, the club also opens the outdoor terrace with swimming pool which turns into a dance floor after midnight.

(Via Panoramica, 36, Gabicce Mare) Built with an architectural style reminiscent of an ancient Roman temple, Baia Imperiale is undoubtedly one of the most beautiful Italian discos (winner of the Golden Moon Award as the first disco in Italy in 2015 ) and always hosts the best djs worldwide. Not to be missed if you want to spend a top night in Riccione!

(Via Scacciano, 161, Misano Monte, Misano Adriatico) Open from Friday to Sunday from 11.00pm to 4.00am.
Located on the hills of Misano Monte, the Peter Pan is a disco with an elegant and chic atmosphere, and represents a point of reference for Riccione's nightlife . Always very busy, the club is divided into two dance floors and the musical offer is focused on electro house and commercial music.

(Via Camilluccia, 16, Misano Adriatico) Open Friday and Saturday from 10.00pm to 6.00am.
Located on the hills of Misano, Villa delle Rose is one of the most glamorous discos in Riccione . Inside this elegant and refined club you can dance and admire a fantastic view of the Romagna hills.

Inside there is a central dance floor surmounted by a crystal pyramid and surrounded by comfortable white sofas, with two bars and an area for dancing outdoors, while the restaurant is located on the upper floor. The proposed music is of the House genre. Given the elegance of the environment, well-groomed clothing is required.

(Via Pozzo Castello, 24, Misano Adriatico) Open on Saturdays from 21.00 to 5.00.
Located in a park, the Byblos is a disco immersed in a fantastic location and which organizes evenings with famous DJs, as well as performances by dancers and pole dancers.

(Passeggiata Goethe, 52, Riccione) Open from Sunday to Thursday from 7.00 to 20.00, Friday and Saturday from 7.00 to 2.30.
Located at Bagno 137, Il Mojito Beach is a restaurant and nightclub on the beach. During the day it is a top-level restaurant, while in the evening it transforms into one of the favorite night-time meeting places for young people in Riccione. After dinner we start dancing to the rhythm of house and commercial music, immersed in a well-kept environment, with palm trees and sofas. Admission is always free.

(Viale Gabriele D'Annunzio, 150, Riccione) Like the other bathing establishments in Marano di Riccione, the Operà is a bathing establishment by day which transforms into a restaurant in the evening and a disco by night, for aperitifs, dinners and dj set literally a stone's throw from the sea! With free admission, the club offers commercial house music and high-level entertainment shows.

(Via Tre Baci, 49, Riccione) Open from Monday to Saturday from 11.00pm to 5.00am.
Located on the hills of Riccione, the Prince Club is one of the most popular discos in the city and attracts thousands of young people every night. The musical selection is centered on house music, played by the best international DJs. Excellent in the summer, when the club opens the large summer garden and it is possible to dance surrounded by greenery. The setting is enhanced by the presence of a swimming pool with a suggestive artificial waterfall.

(Via Litoranea Nord 30, Misano Adriatico) Located on the seafront of Misano Adriatico, the Living Disco (ex Bobo) is a recently opened disco that offers evenings with House and commercial music.

(Via Conca 4, Misano Adriatico) Open Friday and Saturday from 21.00 to 5.00.
Located in Misano Adriatico, the Wave is an alternative club that offers rock, metal, punk, crossover and folk music concerts, all washed down with liters of beer and lots of mosh! In the three rooms that make up the club, the most diverse musical genres alternate, from pure rock to punk, up to ska rhythms and folk, electronic and metal music.

(Piazzale Salvator Allende, 7, Riccione) Open from Monday to Thursday from 8.00 to 21.00, from Friday to Sunday from 8.00 to 2.00.
Located in the heart of Riccione's nightlife in the Marano area, the Moscabianca is a refined fish restaurant but also a chic-style cocktail bar. Excellent for after dinner and dominated by the color white, Moscabianca offers a romantic view of the sea. There are often evenings with DJ sets and music for dancing until closing.

(Viale Filippo Corridoni, 37, Riccione) Open from Monday to Saturday from 18.00 to 2.00, Sunday from 18.00 to 24.00.
Il Bevabbè is a small but charming bar with a beautiful terrace overlooking the street. Great place to sip a cool drink during the hot summer nights of the Romagna Riviera.

(Viale Gabriele D'Annunzio, 4, Riccione) Open every day from 6.30 to 24.00.
Another Riccione bar much appreciated for its excellent aperitif, according to many the best aperitif in Riccione . Piadine, cold cuts, cheeses and quality food, all combined with a joyful atmosphere and good music.

(Viale Dante, 84, Riccione) Open every day from 6.00 to 3.00.
Located a few steps from Viale Ceccarini, the Jbar is a trendy place often frequented by famous personalities from the world of entertainment. This bar also offers a good aperitif and well-made cocktails.

Map of discos, pubs and bars in Riccione 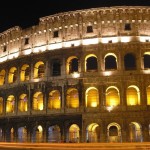 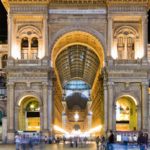 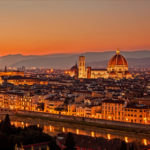 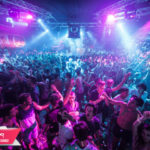