﻿ How to get to Copenhagen: connections between Copenhagen Kastrup airport and the center of Copenhagen | Nightlife City Guide

Getting around the city is really easy and comfortable. Quickly reach the city center from Copenhagen Airport by train or metro and then choose from many transport options - bus, train, metro, harbor bus and bicycle. You will not waste even a precious moment on the move, as sometimes happens in other destinations.

Copenhagen-Kastrup Airport , located just 8 km from the center of Copenhagen, between the towns of Tårnby and Dragør , is the largest airport in Denmark and one of the main airports in northern Europe, even declared by Forbes as one of the best ten airports in the world. Copenhagen Airport can be easily reached from the city center in less than 15 minutes.

Close to Copenhagen there is also the Roskilde airport or, alternatively, the capital of Denmark is also served by the Malmö Sturup airport in Sweden, just 40 minutes by bus from the Swedish city. From the center of Malmö you can take the train and reach Copenhagen Central Station in just 30 minutes, or take the direct bus (number 879) which takes you to Copenhagen in about 50 minutes.

Copenhagen connections: get to Copenhagen by train and bus

The Danish Railways company DSB serves the entire city of Copenhagen and also connects it with the rest of Denmark and Europe. Copenhagen's main train stations are Hovedbanegård (Central Station), Nørreport , Vesterport and Østerport .

Trains and buses leave from Copenhagen Central Station to reach other cities in Denmark, as well as Germany and Sweden . Trains lead to the cities of Odense and Aarhus Storebælt bridge , while to Germany, in particular to Hamburg and Lübeck, via ferry-trains that cross the strait between the ports of Rødby (Denmark) and Puttgarden (Germany ).

Copenhagen can be reached by car without using ferries thanks to the new bridge over the Great Belt or, if you are coming from Hamburg, you can head towards Puttgarden , from where ferries leave every 30 minutes to Denmark: from here you continue by road to Copenhagen (approx. 3 hours drive) via the E45, E47 and E55 South Highways, following the road signs for Copenhagen.

Where to park in Copenhagen.
In Copenhagen there are several car parks divided into the downtown area and the bridges. To find the closest car park to your area of ​​interest, consult the Copenhagen car parks website .

To get to Copenhagen by ship or ferry there are several maritime connections between the port of Copenhagen, Oslo and Bornholm . There are also a few marinas in Copenhagen, the main one being Svanemøllehavnen .

Copenhagen's public transport is efficient, safe and practical. Tickets can be used on all public transport in Copenhagen (metro, bus, train, harbor bus) both in the city and in the surrounding areas. Furthermore, the transport network is active every day, 24 hours a day, thanks also to the night services of buses, subways and trains.

In Copenhagen it is possible to buy tickets for single journeys or the City Pass : a 24-hour pass (the price for 1 adult is 80 dkk, or around 11 euros) and 72 hours (price 200 dkk, around 26 euros) with which is possible to travel without limits up to 4 zones, including the center of Copenhagen and journey to and from the airport. It is sufficient to validate the City Pass only once, after which it will be valid for the next 24 or 72 hours.

The central bus and S-tog station is located in København H , from where public transport links Copenhagen to the surrounding areas, the airport, to Elsinore and Malmö. The network of connections extends to the three main counties and to the two municipalities of the Hovedstadsregionen region, which is divided into 95 zones with different ticket prices.

Getting around Copenhagen by metro

The Copenhagen metro network is active every day, 24 hours a day. All trains are automatic and the runs have a frequency of about three minutes: from Sunday to Thursday night, between 24.00 and 5.00, the runs are less frequent ( approximately every 20 minutes). The metro is certainly the fastest means of transport to go from Copenhagen airport to the city center (the journey from Copenhagen Kastrup airport to Nørreport station takes about 15 minutes).

In Copenhagen there are many buses with frequent runs, which allow you to reach any point of the city in a short time. Information on tickets and passes for Copenhagen buses and public transport .

Harbor buses are a great way to see the city from the water and see some of the most popular attractions, such as the Little Mermaid , Nyhavn , Christianshavn and the Opera House . They are operated by the same ground transportation company, so the same tickets are used.

Getting around by bike in Copenhagen and bike rental

Danes are crazy about cycling and Copenhagen is dotted with cycle paths everywhere: cycling is the best and fastest way to explore the city. Copenhagen's cycle paths cover the entire city area and are excellently organized with their own signs: in the Danish capital, cycling represents a real culture.

Copenhagen, in fact, offers the possibility of using public bicycles ( City Bikes ) present in every corner of the city, behind the bequest of a deposit of about 20 crowns. The City Bikes of Copenhagen are equipped with a touchscreen tablet with GPS and integrated navigator which allows cyclists to easily orient themselves in the city and immediately find points of interest. Bicycles are available every day of the year, 24 hours a day.

How to use public bicycles in Copenhagen:
The first time you use a public bicycle in Copenhagen , you will need to enter your credit card information on the small tablet on the handlebar to unlock the city bike. Bicycles can be returned to any station in the system. You can register online before renting to save some time. The rental price is 25 crowns per hour.

In Copenhagen, however, there are many other places to rent a bicycle , or you can also rent a rickshaw to be carried around.

COPENHAGEN CONNECTIONS: How to get from Copenhagen Kastrup airport to Copenhagen city center

Copenhagen Kastrup Airport is located just 8 kilometers south of the city center and is well connected by metro, train, bus and taxi. Here is all the information on how to get to Copenhagen city center from the airport .

The fastest way to get from Copenhagen Kastrup Airport to central Copenhagen is by metro, which takes you to Kongens Nytorv and Nørreport in less than a quarter of an hour.

The Metro station is located in Terminal 3 , next to the arrivals hall. The metro is in operation every day, 24 hours a day. The single ticket costs 20 Danish crowns, or about 3 euros, but we advise you to buy the Copenhagen Card directly at the airport, as with this you will have the opportunity to travel for free for 24 or 72 hours on all public transport in Copenhagen, plus you can visit a lot of museums and attractions for free.

The connections from the airport to the center of Copenhagen are guaranteed by the HUR buses, in particular the lines number 12, 30, 36, the line 250S (which has a frequency of 10 minutes and is active from 05.30 to 23.00), and the Greyhound bus number 999 . The journey lasts 30 minutes and the ticket costs 25.50 crowns (about 3.5 euros). There is also the 888 line , the express bus that arrives in Jutland, and the HUR 2A kinea which stops near the airport.

There are also other scheduled buses that connect Copenhagen airport to the center , such as the 5A, included in the Copenhagen Card . Alternatively, a free shuttle to the city center, operating every day, 24 hours a day.

The train station is located under terminal 3: from here intercity and regional trains depart, connecting Copenhagen airport with the city center and with Denmark and Sweden. The train to Copenhagen Hovedbanegården Central Station . Tickets can be purchased at the DSB office located in the Arrivals Hall.

Taxis are located at the exits of the arrivals terminals: the journey from the airport to the center of Copenhagen takes 20 minutes and costs around 140-180 crowns (i.e. 20 to 25 euros, while 30 euros at night and on public holidays) . One of the official taxi companies is Københavns Taxa (phone number: 35 35 35 35, but you can download their application from the website).

Getting to Copenhagen by car: road connections from Copenhagen airport

The airport is connected to the center of Copenhagen via the E20 national road (exits 15, 16, and 17). It is possible to rent a car directly at Copenhagen airport or by contacting the main car rental companies . 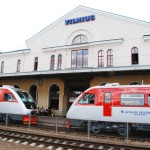 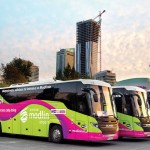 How to get to Warsaw: connections between the airports of Chopin, Modlin and the center of Warsaw 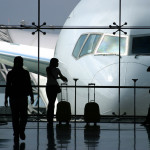 How to get to Dublin: connections between Dublin airport and the city center